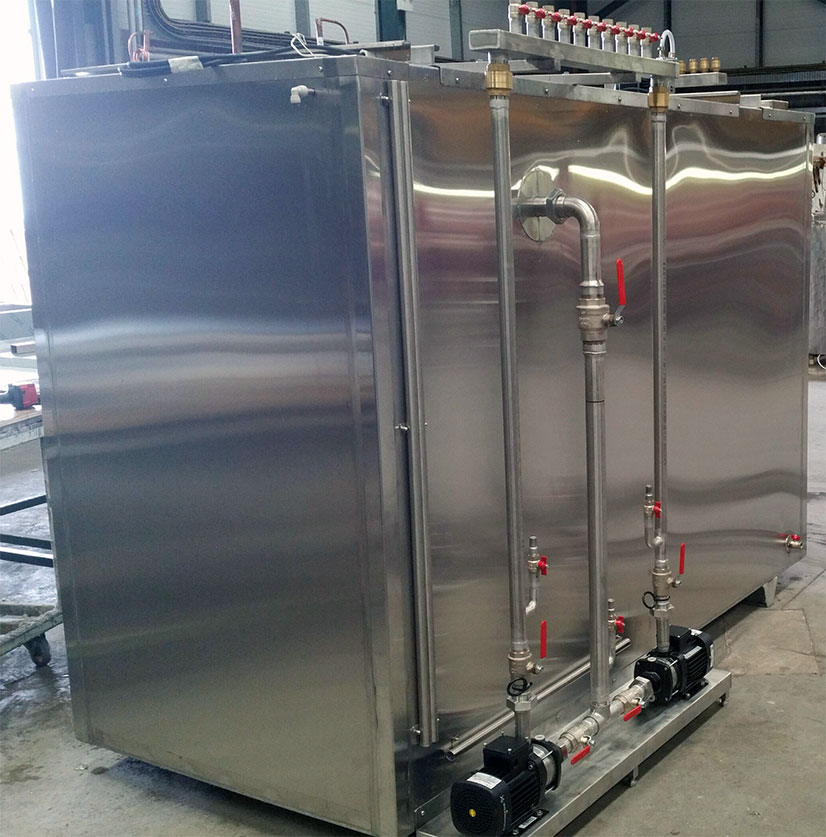 Staff at Kilkenny Cooling Systems are delighted to add Copenhagen’s Royal Arena to the company’s list of prestigious customers.

Europe’s newest event arena, the state of the art Royal Arena in Copenhagen will shortly be in receipt of a set of custom – made ultra high volume beverage cooling systems. These coolers were designed and manufactured in Kilkenny by Kilkenny Cooling Systems for the Royal Arena venue in Denmark, which is a state of the art facility costing over €134 Million, due to be completed in late 2016.

Kilkenny Cooling Systems were approached earlier this year with a view to designing customized stadium beverage cooling systems for this highly niche application. The coolers have a reserve of over 1000kg of ice per machine and each is capable of cooling thousands of litres of product per hour, to accommodate thousands of customers, night after night.

The Danish customer recognized Kilkenny Cooling Systems market-leading beer cooling product and 30 year pedigree manufacturing the most popular coolers in the Irish draught dispense industry. In the past, Kilkenny Cooling Systems has supplied ultra-high volume custom beverage coolers for Heineken UK, Aviva Stadium, 3Arena and more, so the company was ideally placed to design and manufacture customized coolers for the Royal Arena Copenhagen. In Denmark, there are stringent environmental requirements for refrigeration systems and so the design process was highly exacting.

The Royal Arena will have a capacity of 12,500 for sporting events and up to 15,000 (either sitting or standing) for concerts, making it one of the largest indoor venues in Europe, and the largest in Denmark. For many years, Copenhagen has needed a venue such as Royal Arena, which could attract a large variety of different cultural events and sport events. Copenhagen is one of a few major cities in Europe without such an arena, and now, by building Copenhagen Arena, the Danish capital will be able to compete with other major cities in the region such as Hamburg, Berlin and Stockholm.