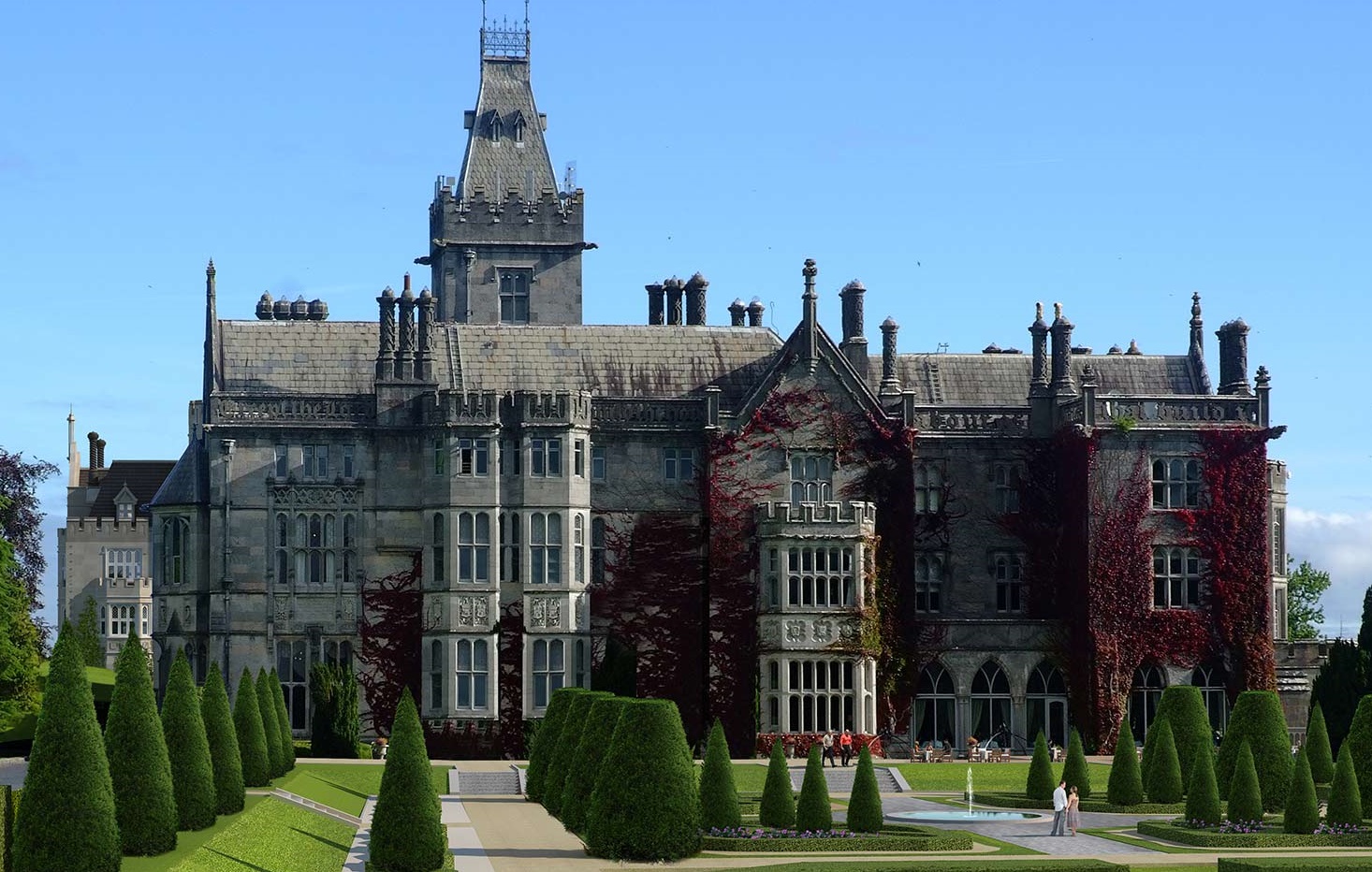 We are delighted to announce that Kilkenny Cooling Systems has been awarded the contract to fit out Adare Manor following its [estimated] €30 Million acquisition by JP McManus last year. Mr. McManus hopes that the venue will play host to the Ryder Cup in 2026.

America has always been a strong market for guests at Adare. Minister of State, Sport and Tourism, Patrick O’Donovan recently stated that the new Adare Manor “will play a very significant role in terms of the marketability of Ireland, especially in North America, where over a million people visited Ireland last year between the US and Canada”.

One of the largest projects of its kind in all of Europe currently ongoing, the Adare Manor refurbishment is to take a total of 18 months, and the resort will employ a total of 300 people when it is complete.

The improvement works include a new 40-bedroom wing built in perfect period replica style, and a ballroom with capacity for around 350 patrons.

Enhancements in the Manor House will also include a new spa and pool, a cinema and an activity centre including falconry and a children’s activity zone.

At the heart of this monumental undertaking is a large compliment of Kilkenny Cooling Systems Coldrooms and our award winning energy saving Variable Speed Beer Coolers.

Also, the coldrooms must seamlessly integrate into their kitchen surroundings, with millimetre-perfect precision to facilitate each item of state of the art catering equipment on the inventory, imported specially from Germany for the project.

This project is one of the largest and most prestigious coldroom installations ever undertaken by Kilkenny Cooling Systems. We are working closely with the refrigeration contractor and project manager on-site on a weekly basis and we look forward to bringing you each exciting update as it happens!