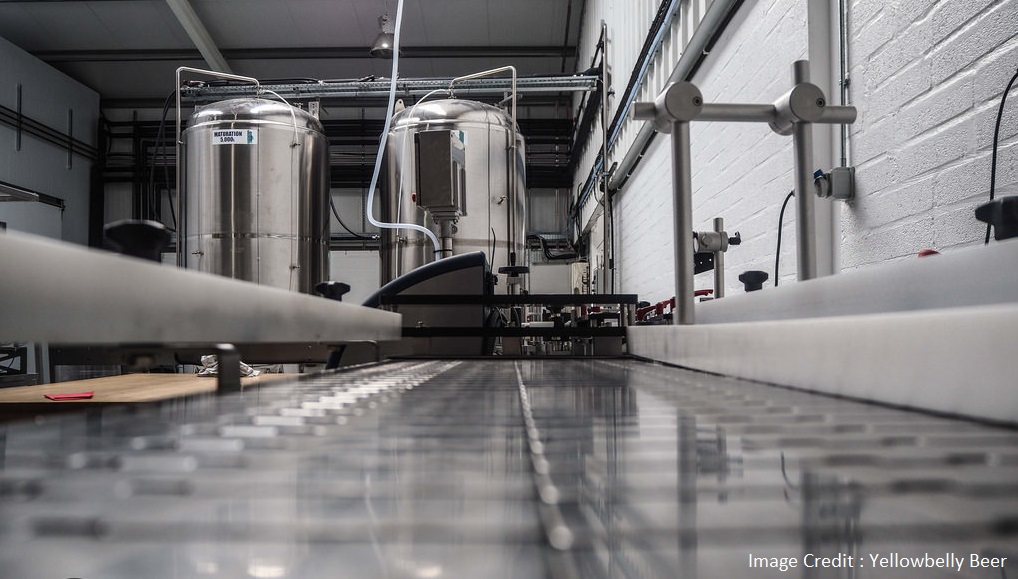 Yellowbelly brewery cooling system. Here at Kilkenny Cooling Systems we like to work closely with local refrigeration contactors on larger and more complex jobs. Installation contractors bring a wealth of site experience to a job, which complements our own expertise in the design and manufacture of high-end refrigeration equipment very well for more complex projects.

In Wexford, we have completed a number of large refrigeration installation with O’Hagan Cooling in recent times. Based in Rosslare, O’Hagan Cooling have been installing Kilkenny Cooling Systems equipment in Co Wexford for many years, and are currently the leading installer of our new VS beer cooler in the country. We have undertaken work from large forklift size freezer rooms, several brewery installations, a number of beer cooler installations and standard chill and freezer rooms.

Working with O’Hagan cooling, we recently completed a project for Wexford’s Yellowbelly Brewery where a large chill coldroom and brewery cooling system were supplied.

We had recently supplied a smaller set of cooling equipment (rooms and cooler) to the same customer. Simon Lambert’s bar in Wexford town are the people behind the Yellowbelly brand and their small craft setup in the cellar underneath their town centre pub was another joing project between Kilkenny Cooling Systems and O’Hagan Cooling.

Yellowbelly Beer turned out to be a huge success for Nicky and Simon Lambert, and so expansion was inevitable. Their new brewery is over 5 times the size of the old one! Once again Kilkenny were on hand to provide the Yellowbelly brewery cooling system.

The large coldroom is used to store the bright beer tanks which are kept a low temperatures for tank conditioning. Cooling for these, and for the rest of the brewery is provided by a custom designed Kilkenny Glycol cooling system.

This glycol system comprises a centralised cooler which routes cooling glycol to the various tanks and equipment in the brewery by means of a large manifold and series of powerful pumps.

Refrigeration to the system is provided by the highly efficient Bitzer Ecostar which has integrated controls and a capacity to accomodate a variable refrigeration load – making it the ideal refrigeration system for the cooler.

The Yellowbelly project is one of our larger brewery installations. We are confident that it will prove itself over many years, and hopefully plenty of further sales growth for the brewery.