VIDEO SERIES: The Story of Kilkenny VS Cooler Part 2 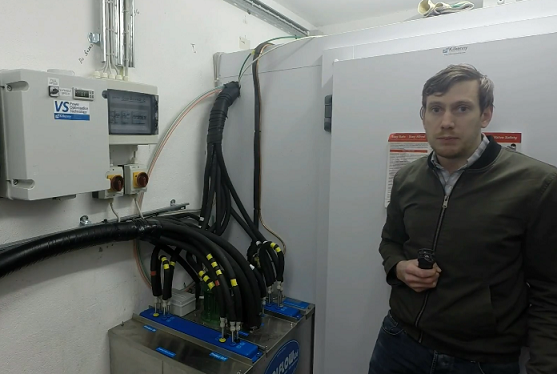 Kilkenny Cooling Systems has produced a series of short videos featuring industry experts and many satisfied publicans and hoteliers who use the system every day.

In Part 2 of this video series, engineer John Smee introduces the brand new VS Junior. This is a new design aimed at smaller outlets which was launched early in 2017 to coincide with the new Draught Suppliers Specification Document – facilitating grant assistance on draught beer coolers with a single pump.

Also included in the video is a working demonstration of the VS Cooler’s power-optimising variable speed function, which is proven to use up to 39% less electricity than a modern standard system – making it more efficient than any other system on the market.

The VS Junior brings this very same energy-efficient technology (first introduced on the larger coolers) to the smaller pub in a more affordable package.

Here at Kilkenny cooling systems, we see the VS Junior as the future for draught dispense in smaller outlets because those are the outlets which are often quiet during the week, and those bars are often small family run businesses where saving money is most important.

Please contact your local contractor today to find out more about how you can start saving money while improving your beer quality with your very own VS Junior!

We also meet John Cotter – Fourth generaton owner of Cotter’s Bar who confirms his satisfaction with the system. Originally John had a small plug-in cooler and kegbox but the system simply did not meet his capacity requirements so he needed to upgrade to a keg room and Kilkenny VS Junior cooler.

Highlights of the VS Cooler project include: