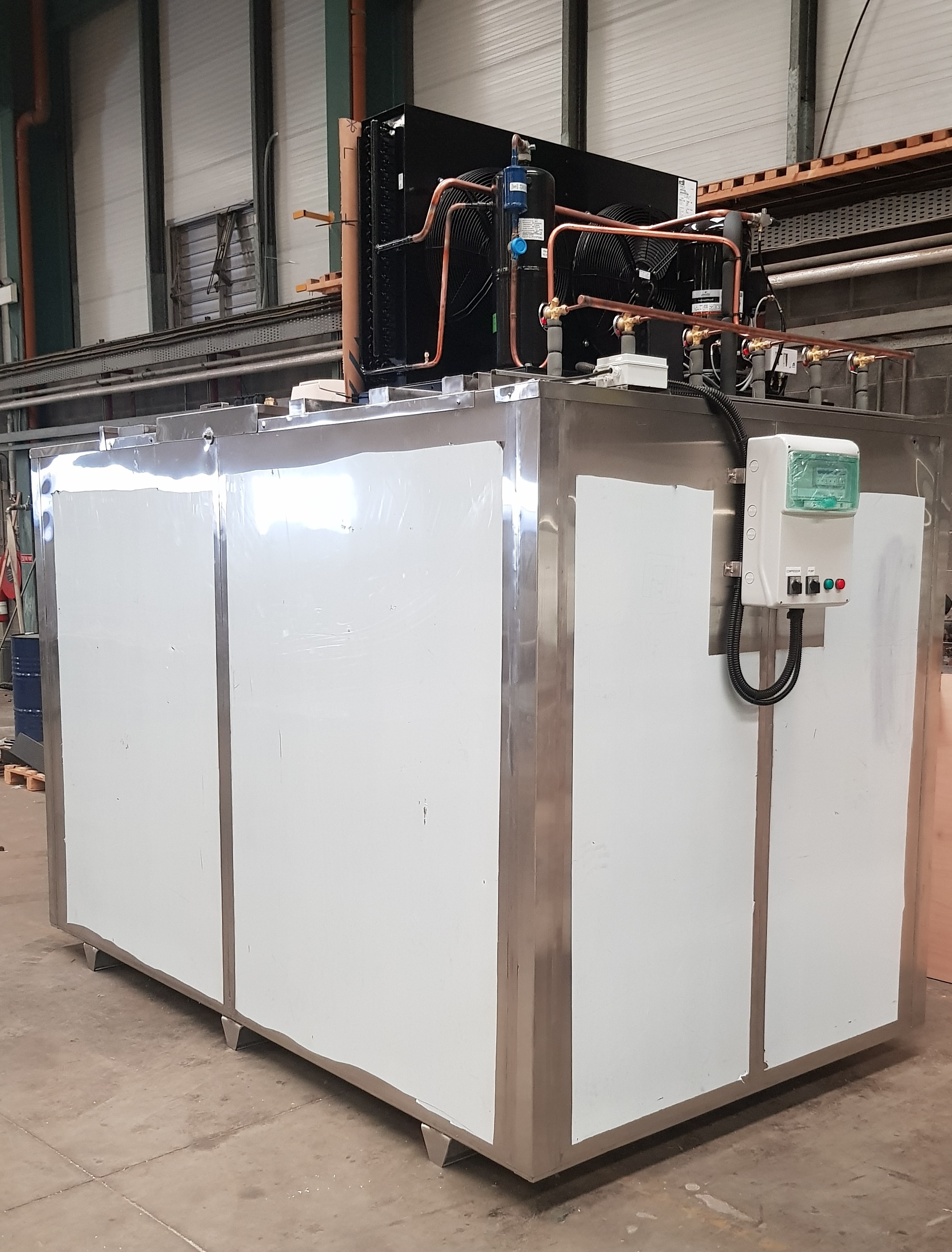 Uk food production facility gets large Kilkenny Ice Builder. The London-based dairy plant is due to receive a Kilkenny IB-06-1566 this week. The ice builder will be installed as part of a new dairy manufacturing process in the plant.

Bio Green Dairy is a food production company based in the south-east of England which specialises in ethnic food. The company has an ‘east meets west’ ethos – bringing eastern traditions and flavours to the UK market through their dairy products.

Products such as lassi and yoghurt form a staple offering. Lassi is a yogurt based drink that originated in India, which blends yogurt with spices, water and sometimes fruit ingredients too. Other products include Labneh – a lebanese-style yogurt and traditional arabic houmous.

A production facility which manufactures such a range of foods needs a robust chilling system.

The Kilkenny IB-06-1566 is one of the largest ice builders in the product range at Kilkenny Cooling Systems. The machine has an ice reserve of 3,000 kg of ice, which means that it has the capacity to cool massive amounts of product in a production process, or indeed to effect very large temperature reductions over a very short space of time.

This reserve capacity is what makes ice builders ideal for process which involve cooking and pasturisation. The large ice reserve can be utilised over a very short duration, giving refrigeration duty that standard chilling systems would not be able to match.