Here at Kilkenny Cooling Systems, we are absolutely delighted to announce that we have been shortlisted for one of the most prestigious technical awards in the country: The Engineers Ireland Excellence Award for Technical Innovation 2017.

Kilkenny Cooling Systems was shortlisted for the groundbreaking VS Beer Cooler project – a product that was developed over two years, and which was recently launched with great commercial success.. Kilkenny Cooling Systems availed of expertise from the NIMBUS centre in CIT when it came to monitoring and analysing the performance of the various prototype systems, and comparing them with the industry norms.

The Kilkenny VS beer cooler was independently shown to cost 39% LESS annually to run when compared to a brand new standard beer cooling system saving thousands over the lifespan of the beer cooler. Given the number of coolers sold annually in Ireland, the savings nationwide are significant. 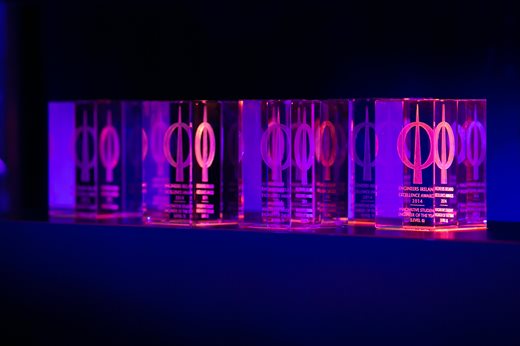 Kilkenny Cooling Systems will be vying for the honour of being awarded Engineers Ireland Technical Innovation of the Year against very tough competition. Eirgrid have submitted their Power Off and Save project, whcih is a reward scheme which helps reduce demand on the national grid during peak times of day. Also shortlisted is a joint UCD / private venture to develop a thermal material for use by the European Space Agency on satellites in space.

“We’re short-listed with some pretty big industry names in the Technical Innovation Category… I mean, we’re up against Eirgrid and a team of scientists from UCD who invented a new material for use in outer space! One could be slightly intimidated by all of that, but I prefer to think of it as both an honour and a testament to what we attained here with the VS cooler project over the last two years. I am confident in our achievements and in the quality of the engineering that went into this project. I think that those judging the competition will recognise that, meaning we’re in with a great chance regardless of the quality of the competition!”

Earlier this year Kilkenny Cooling Systems beer coolers were part of the two of the largest projects of their kind in Ireland – The Adare Manor refit and Pairc Ui Chaoimh stadium. Abroad, the fan zone at Wembley Stadium, The Royal Arena in Copenhagen and the Sydney Showgrounds in Australia were all kitted out with state of the art beer cooling systems from Kilkenny- confirming our position as the leading manufacturer / supplier of draught beer coolers in Ireland, and enhancing the company’s status as a global player in the draught beer industry.

The excellence awards are held annually to showcase the very best in Irish engineering. According to Engineers Ireland, the awards align with their organisational strategy 2017-2020 and their first goal, which is to ‘Build the profile and enhance the status and reputation of the engineering profession. Continue to advance Engineers Ireland as its leading expert voice.’